You are here: Home › Rafting On The Cache La Poudre River! 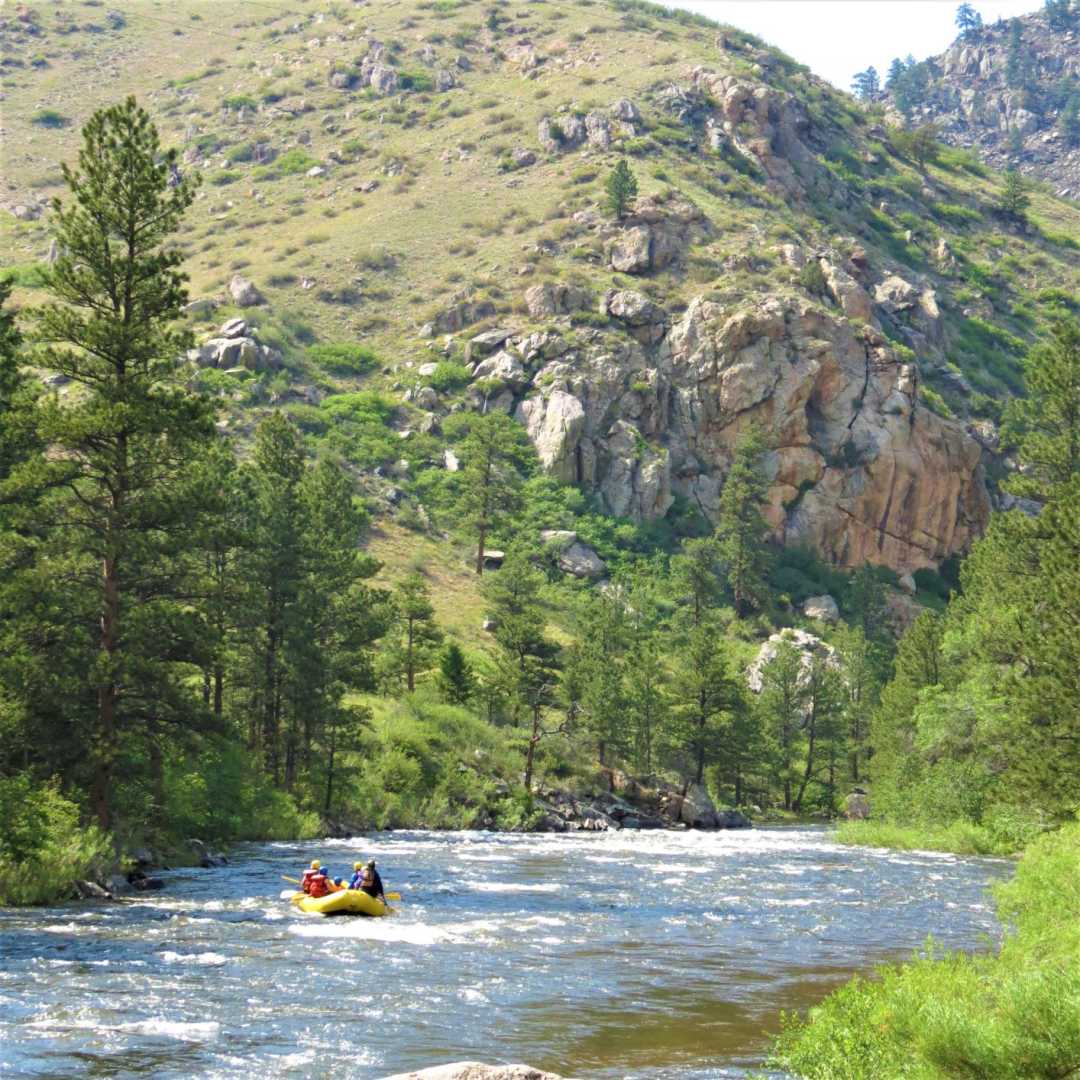 Historians don’t really know how the Poudre River was named but legends tell of a group of French trappers of the American Fur Company traveling through the area in the fall of 1836. They camped on the banks of the Poudre River near the present day town of Laporte. During the night a severe early snowstorm blew through the area and the wagon train was stuck for over a week. The snow was deep and the wagons could not move with the heavy loads of gun powder and supplies they were carrying. The trappers lightened their loads by burying the gun powder and supplies. They called this spot Cache La Poudre, “the hiding place of the powder.” The Poudre River eventually took on this name.